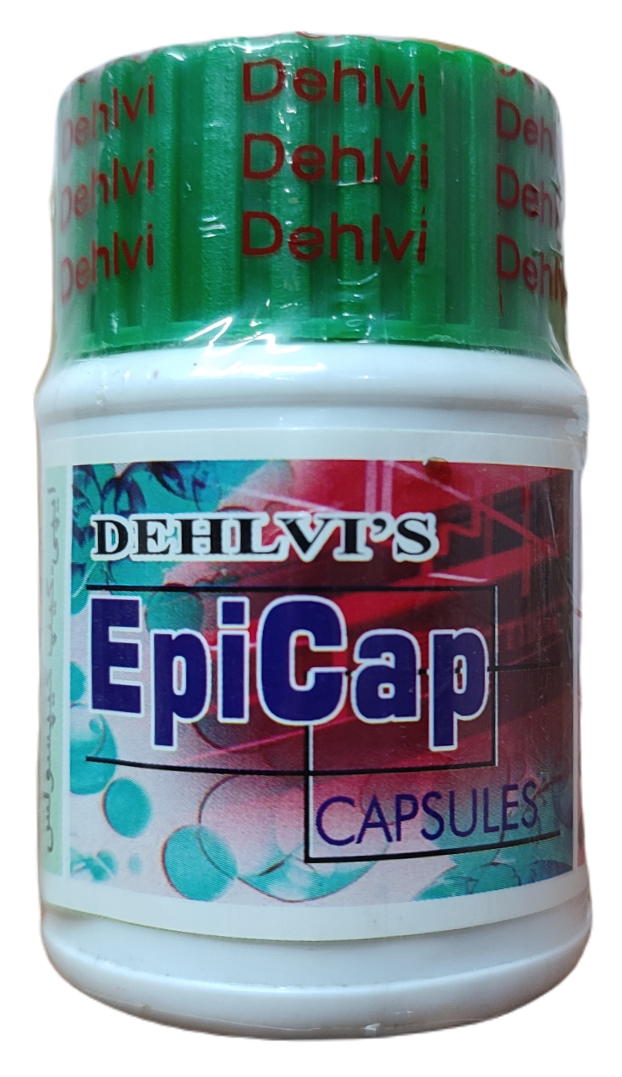 DESCRIPTION:
Epilepsy has afflicted human beings since the dawn of our species and has been recognised since the earliest medical writings. It is a neurological condition, which affects the nervous system. Epilepsy is also known as a 'seizure disorder'. It is usually diagnosed after a person has had at least two seizures that were not caused by some known medical condition like alcohol withdrawal or extremely low blood sugar. The seizures in epilepsy may be related to a brain injury or a family tendency, but most of the time (in 70% of cases) the cause is unknown. Epilepsy is a very common condition, affecting 2 per cent of the population in developed countries. An epileptic fit or seizure occurs when part or all of the brain's nerve cells create electrical signals in an uncontrolled manner. Seizures affect awareness, movement, and sensation.
EpiCap is a stimulant of the exhausted nervous system and also an antispasmodic. As an antispasmodic, it is very useful in convulsions and spasmodic nervous affections such as epilepsy, infantile epilepsy, and muscular tremor.
COMPOSITION:
Each 500 mg. capsule contains:
Castoreum (Jund) 35 mg.
Aloe vera, Dessicated (Aelwah) 35 mg.
Boswellia serrata (Salai-guggul) 35 mg.
Centella asiatica (Brahmi) 35 mg.
Evolvulus alsinoides (Shankapushpi) 130 mg.
Paeonia officinalis (Ud Saleeb) 135 mg.
INDICATIONS: Epilepsy, infantile epilepsy, muscular tremor and bipolar disorder.
CONTRAINDICATIONS: None
SIDE EFFECTS: None
DOSAGE: 2 capsules twice daily with water.
DIETARY ADVICE:
Avoid the use of margarine, table salt, MSG, food additives, sugar and concentrated sweeteners, and refined oils. Eliminate fatty dairy foods, fish, meat, chicken, turkey, alcohol, caffeine, soda, eggs, fried and greasy foods, tobacco, white flour, and all other processed foods and animal derived products from your diet. These foods are laced with chemicals, pesticides, and toxins that play havoc with the body. Your body must be clean and able to function at its most efficient level to be able to reduce the frequency and severity of seizures. As much as possible, avoid stress and tension. Avoid using aluminium cookware as high levels of aluminum have been found in the brains of people with epilepsy.
Eat plenty of fresh fruits and vegetables. These foods are full of nutrients that feed nutrient-deficient cells which leads to complications. Get regular, moderate exercise to improve circulation to the brain. Never attempt to open the mouth or force anything between the teeth of the person suffering an epileptic seizure. Loosen the persons clothing and ensure that he or she is not in any danger, and then wait until the seizure has run its course. Make the person lie on one side so that vomit etc. can easily come our from the mouth.